In no particular order, here’s a list of Little Dose Of Indie’s top 7 albums of 2018:

After years of anticipation, the Brighton quartet finally released their captivating debut record

this September. The band perfectly blend indie rock with dreamy pop, creating an album full of songs that wouldn’t be out of place in a big screen indie movie. Whilst the normal version of the album contains twelve mostly new tracks, the group also released a deluxe version encompassing a further nine fan favourites. Twenty-one song albums are undoubtedly uncommon – showing the sheer amount of work the band has put into this record. ‘Midnight’ brings elements of disco to the indie rock world, whilst ‘Bad Friends’ is the band’s poppiest song – their biggest shift in genre yet. Old favourite ‘Hello Today’ also appears alongside ‘Dig’ – a quick throwback to the vivid colours of the band’s indie rock beginnings. Featuring Royal Blood’s Mike Kerr, ‘Into the Nightmare’ gives off spooky Halloween vibes backed by effortlessly cool harmonies, meanwhile ‘Crowded City’ is an irresistible pop meets rock anthem. Finally, last but not least, track 12 is ‘Wasting Time’. It’s a song that could easily end a movie – melancholic, yet equally cinematic in style, with vocal harmonies that blend flawlessly into the background.

The debut album from the Bristol band features some of the band’s biggest hits so far including ‘Wages’ and ‘Avalanche’, along with some brand-new tunes. If you want funk infused indie pop

bangers with smooth vocals and a sprinkling of brass instruments then this is the album for you. ‘Milk It’ is almost Two Door Cinema Club -esque: a dancey, synthy guitar riff with catchy lyrics; whereas ‘Thomas is a Killer’ is more subdued, yet still packed full of synth and guitar. ‘Honestly’, which was released as a single earlier on this year, certainly an album highlight. With its upbeat melody, it creates a chilled summery vibe, making it a must have for your summer playlist. The name of the album ‘Get Better’ is used as a topic throughout the album – most notably in ‘Eat Right’. The lyrics include: “Eat Right. Think Right. Get Better. Love Life. You Time. Get Better” – instructions that we should probably all listen to once in a while…

Fans of Arctic Monkeys were somewhat divided over the new album, with those who prefer the 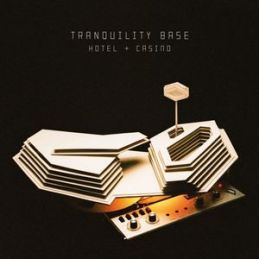 band’s more anthemic songs disappointed in Alex Turner’s latest venture. The album opener, ‘Star Treatment’ begins with the lyrics ‘I just wanted to be one of The Strokes’ – who were one of Turner’s early influences. Now, the album seems to be largely influenced by Bowie-esque vibes, swapping heavy guitar tones in favour of more mellow piano tunes. One thing that hasn’t changed however, is Turner’s clever, sometimes rather peculiar lyrics – “Good morning. Cheeseburger. Snowboarding.” ‘Four Out Of Five’ is probably one of the catchier songs on the record, which is presumably why it was chosen as the lead single – meanwhile ‘Batphone’ and ‘One Point Perspective’ are some of the slower tracks on the record, heavily driven by soft piano chords. In the title track, ‘Tranquillity Base Hotel and Casino’, Turner invents the persona of Mark; a hotel receptionist: “Mark speaking, please tell me how may I direct your call”. Finally, ‘The Ultracheese’ is possibly my favourite track of the album, Turner’s ode to a former lover leaving you feeling all kinds of heartbreak. Overall, ‘Tranquillity Base Hotel and Casino’ is an album that takes you on a journey to a quiet place in outer space – a conceptually cool and imaginative record that marks the begin of a new Arctic Monkeys era.

Being So Normal – Peach Pit

Peach Pit brought bedroom pop to a whole new level with their debut album ‘Being So Normal’. With the release of their first EP ‘Sweet F.A’ in 2016, the Canadian group have gone on to gain thousands of fans across the world and have toured across US and Europe, becoming known for their spirited live shows. Already surpassing 1,000,000 streams, their latest album is a stand-out, and it’s clear to see many others have loved it too. ‘Drop the Guillotine’ is a highlight of the album -upbeat summery riffs and calming vocals: a song for the hot summer days. 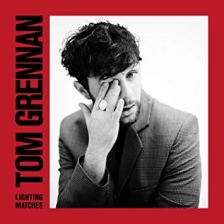 quickly. Gritty vocals pitched against funky guitar riffs, and even a touch of brass instruments – Grennan’s delivery of every song is honest and authentic. From the quieter tracks like ‘Something in the Water’ and ‘Little by Little Love’ to the bigger sounding songs such as ‘Barbed Wire’ and ‘Found What I’ve Been Looking For’, the singer mixes pop with grittier indie rock, creating a ‘pop’n’roll’ album that sounds better on every listen. My favourite tracks from the album are undoubtably ‘Sober’ and ‘Barbed Wire.

Ezra’s sophomore album is his best yet. From the tropical riffs of ‘Paradise’ and ‘Shotgun’, to the

melancholy piano in ‘Only a Human’, the album takes you a journey of Ezra’s love life – ‘Paradise’ in particular focusing on being young and in love. The upbeat sounds of ‘Don’t Matter Now’ and ‘Pretty Shining People’ are unmistakeably summery indie pop, whilst Ezra’s self-proclaimed favourite, ‘Hold My Girl’, reveals a more mellow side to the singer. ‘Staying at Tamara’s’ is a soundtrack to summer – and a well-deserved second No1 album! 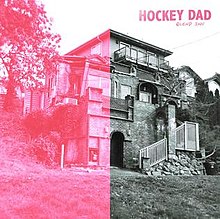 The sophomore album from indie rock duo Hockey Dad follows their debut 2016 release ‘Boronia’. Chilled out, but equally mosh pit worthy, Hockey Dad have created the right balance of heavy riffs and quieter melodies. My favourite track of the album is ‘Where I Came From’- unmistakably 90s-esque indie rock, likening to Sleeper, Pearl Jam etc. Another notable track is ‘My Stride’ – the perfect summer surfing hit.