Released on Oct 5th, the debut LP from 4-piece band Moxie is simply delicious. Sweet, bubbly indie rock with sugar coated harmonies and funky melodies – every track is reminiscent of a rainy Autumn afternoon. From the sleepy sounding ‘Fall’ to the upbeat, almost soulful ‘Blue Skies’, each song brings its own uniqueness. The mellow vocals paired with the honey-like guitar riffs make for easy listening, emitting warmth on a cold November day. The album is available on Spotify and Bandcamp.

Boy Pablo’s finally back with new music… and it’s insanely catchy. Following the debut Ep ‘Roy Pablo’ in 2017, Pablo and his band have released their second EP. Lead singles ‘Losing You’ and ‘Sick Feeling’ are equally cool, however the other five songs on the EP are the standout ones for me. ‘Feeling Lonely’ is high spirited in rhythm, yet sombre in lyrics, whilst ‘tkm’ is lyrically and melodically melancholy. ‘t-shirt’ is almost a throwback to the Summer 2018 heatwave – “Sweaty body, the sun is burning / Yeah, I’m feeling kinda hot right now”, and ‘Limitado’ is a blissful blend of sweet harmonies and funky guitar riffs. Boy Pablo toured the UK from October to November.

The latest single from Wallows feels much like the transition between Summer and Autumn. As the leaves change colour, the lively summery riffs mellow into calmer, cooler melodies – enticing you from the hot Summer evenings to the chilly nights of Autumn and Winter. Wallows are ever-growing in popularity having completed their first North American headline tour earlier this year. 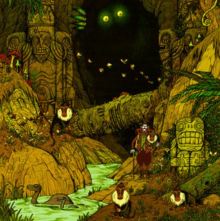 After appearing on the BBC documentary ‘The Mighty Redcar’, 23-year-old rapper and multi-instrumentalist Dylan Cartridge is quickly becoming a household name in the indie scene. With numerous tracks under his belt, including one he worked on with Jamie T, it’s no surprise that Dylan is being labelled as a ‘rising star’. His latest single ‘Wishing Well’ is his best yet, combining elements of funk and rap to create an effortlessly slick sounding dancey tune. Currently, Dylan has just hit the road with Bad Sounds – and will embark on his own headline tour at the end of the year.